Patrick Henry Brady attended O’Dea High School in Seattle, Washington, a strict, all-boys school run by the Congregation of Christian Brothers, where he was active in sports.

While in college at Seattle University, he initially hated the compulsory ROTCprogram and was kicked out. Brady realized he would probably be drafted after graduation and reentered the ROTC to enter the service as an officer. After graduation he was commissioned a Second Lieutenant in the Army Medical Service Corps in 1959. In 1961 he served in Berlin (Germany) with the 279th Station Hospital. He graduated from the United States Army Aviation School at Fort Rucker, Alabama in 1963.[3]

During his first tour in Vietnam, then-Captain Brady served with the 57th Medical Detachment, where his commanding officer was the legendary Major Charles Kelly. After Kelly’s death on July 1, 1964, Brady took command of the 57th Medical’s Detachment A in Soc Trang. The following day, a Commander tossed the bullet that killed Kelly on Brady’s desk in front of CPT Brady and asked if they were going to stop flying so aggressively. Brady picked up the bullet and replied, “we are going to keep flying exactly the way Kelly taught us to fly, without hesitation, anytime, anywhere.”[4] On his second tour, Brady, now a Major, was second in command of the 54th Medical Detachment. It was during this tour that Brady was awarded his Congressional Medal of Honor. 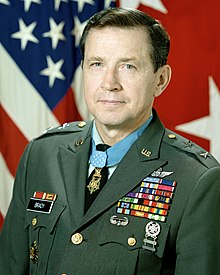 During his two tours in Vietnam Brady flew over 2,000 combat missions and evacuated more than 5,000 wounded.  After Vietnam Brady continued serving in the US Army, retiring as a Major General in 1993 after 34 years of service. He now serves as Chairman of the Citizens Flag Alliance, an organization dedicated to protecting the American flag from desecration. 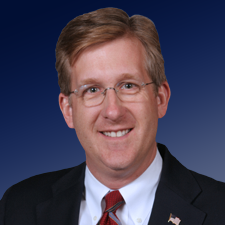 Mr. McIntyre has more than 30 years of experience, success and accomplishments in national health care policy development, business development and leadership in both government and the private sector.

Mr. McIntyre has a bachelor’s degree in political science from Seattle Pacific University, a master’s degree in administrative sciences (with an emphasis in management and health policy/administration) from Johns Hopkins University, and he participated in the Executive Education Program for Senior Government Managers at Harvard University. 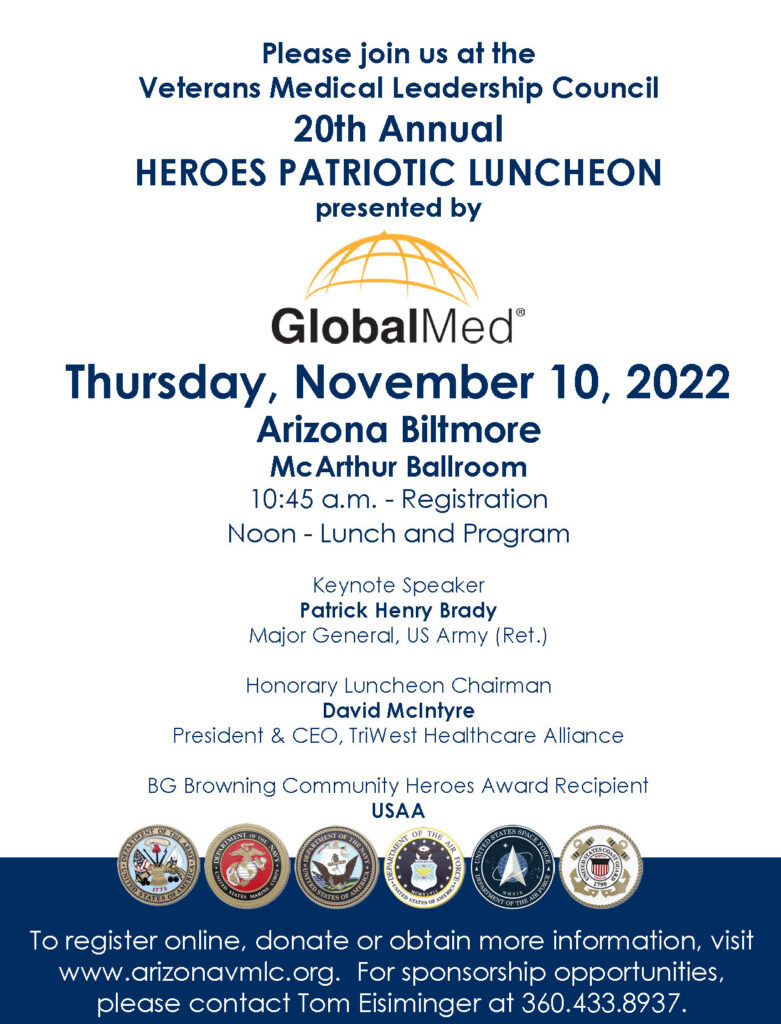 Thank You to our 2022 Presenting Sponsors